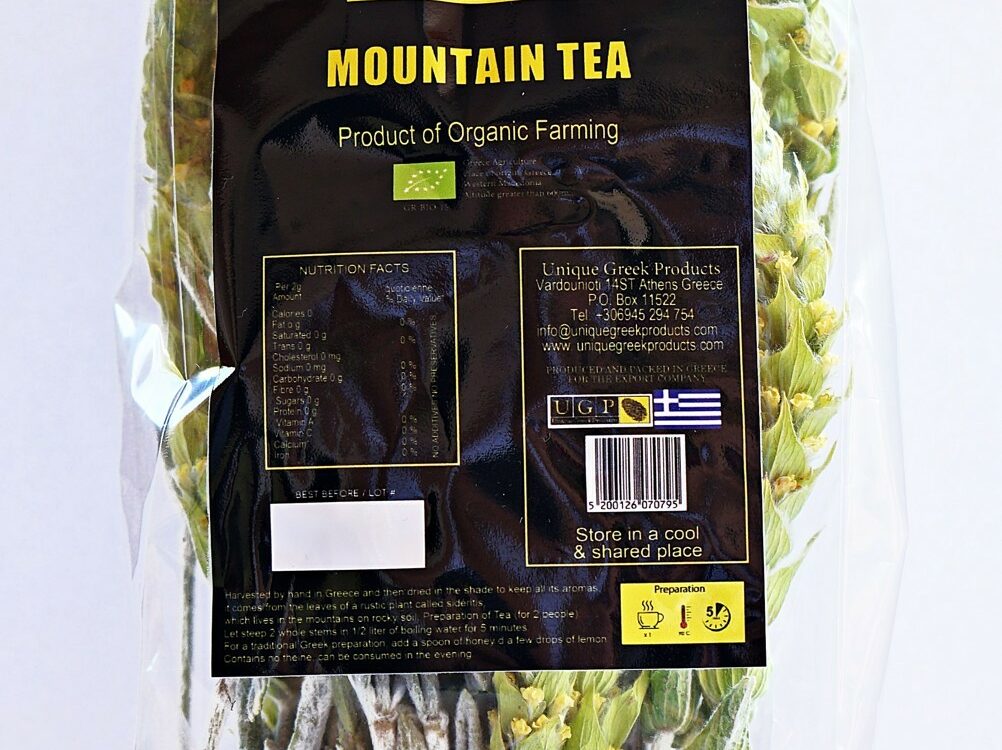 For centuries, inhabitants of Greece have been drinking a tea made from the flowers and stalks of a plant that grows in the mountains, and sometimes called Mountain Tea.

It has long been believed that drinking a tea made from this plant had beneficial properties for good health, and there is scientific evidence to support those claims. Traditionally, it’s been used to relieve respiratory infections and coughs including those caused by colds, and has been used to also prevent such infections. As well, Mountain Tea is used to relieve stomach and digestive problems.

Hippocrates, who is often considered the father of modern medicine, wrote about Mountain Tea and it’s health benefits while praising it for it’s ability to heal the body when brewed with hot water. This shows us just how long this beverage has been used as both a health tonic and medicine as Hippocrates was born in the 5th century BC.

Mountain Tea is a valuable herb that thrives on the Greek mountains. It has vitamins and therapeutic properties, that make it a good guardian for our immune system. It is also one of the few herbs that have no contradictions nor side-effects due to over consumption, making it an excellent choice to enjoy safely, in cold winter and hot summer days, warming or refreshing our body and shielding our health.

It fights hypertension and it is highly tonic. It protects against common colds, prevents fever, strengthens and stimulates the immune system, while at the same time it has anti-viral effect.

It significantly soothes problems of the respiratory system and improves cardiovascular function because it works as an anti-thrombotic.

It is rich in iron and therefore, protects us against anemia.

It stimulates gastric secretions, so it works well as a digestive. It is also ideal for treating inflammations of the stomach, intestines and the urogenital system, due to its astringent properties.

The systematic consumption of the Tea has been proved to be detoxing for several vital organs, such as the liver and kidneys. Due to its anti-oxidant action, it inhibits the growth of cancer cells.

Its analgesic and healing action combined with its anti-inflammatory, anti-microbial and anti-bacterial action makes it ideal for washing wounds both externally and internally, as an infusion or as tincture.

Unlike the other types of common tea, it does not have stimulating action, so you can enjoy as much as you like.

New scientific studies in Germany are close to prove that the Greek Mountain Tea is protecting against Alzheimer’s.

Although this is not yet fully established, several studies have shown that the consumption of Greek Mountain Tea helps prevent osteoporosis.

Add a teaspoon of ironwort (sideritis) in boiled water and let it steep for 5 minutes to release the aromas.

It may also be enjoyed cold with honey or lemo. AVAILABLE PACKAGING
Polypropylene Bags: 40gr
We use cookies on our website to give you the most relevant experience by remembering your preferences and repeat visits. By clicking “Accept”, you consent to the use of ALL the cookies.
Cookie settingsACCEPT
Manage consent

This website uses cookies to improve your experience while you navigate through the website. Out of these, the cookies that are categorized as necessary are stored on your browser as they are essential for the working of basic functionalities of the website. We also use third-party cookies that help us analyze and understand how you use this website. These cookies will be stored in your browser only with your consent. You also have the option to opt-out of these cookies. But opting out of some of these cookies may affect your browsing experience.
Necessary Always Enabled
Necessary cookies are absolutely essential for the website to function properly. This category only includes cookies that ensures basic functionalities and security features of the website. These cookies do not store any personal information.
Non-necessary
Any cookies that may not be particularly necessary for the website to function and is used specifically to collect user personal data via analytics, ads, other embedded contents are termed as non-necessary cookies. It is mandatory to procure user consent prior to running these cookies on your website.
SAVE & ACCEPT